The Descendants - Book Tour and Giveaway 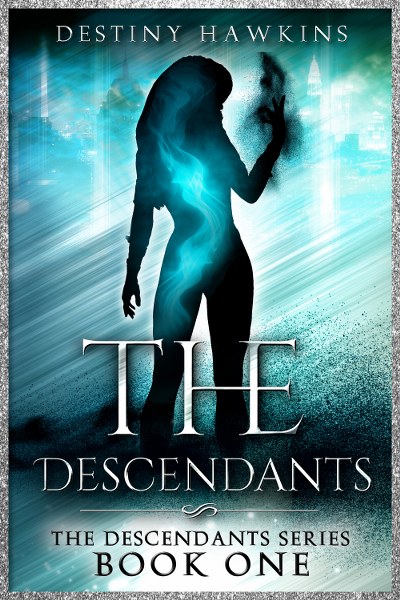 Fail the tests and become a slave. Display defectiveness and be put to death.

Monroe Academy was built to separate the weak from the strong. Pass the biyearly leveling and be released into society upon graduation. Fail to be promoted and be stripped of rank and forced into servitude. That was a rule that applied to all but Rayah Bardeau. A student of Monroe Academy, branded as a Null because of her absence of Lighter energy.

With her mother standing as a slave in her place, Rayah was given until the age of twenty to make level six, but at nineteen-years-old and with only eight months until her twentieth birthday, she was only a mere level one. The same level she’s been since she was ten. With the stress of her upcoming test, the loss of a friend, and the constant wrongdoings towards her, Rayah could only dream of escaping from Lytonia, and escape she did. Only, when she awakened in her dorm, she couldn’t distinguish if she had only dreamt of meeting Soren, a wild and adventurous defect in the Wild Lands, or if she had somehow used her Lighter Form to get there.

But only the elite ― the most powerful of Lighters ― could tap into their Lighter Forms. Right? And what was the dark energy she used when she and Soren were attacked by Depleters? Was Rayah really as powerless as she thought? Was she a defect? And if she used dark energy, could she call herself a Lighter at all?

Bestselling author Destiny Hawkins brings you the first installment of a gripping dark fantasy where a powerless girl must survive in a society that doesn't accept the weak...or the defective. 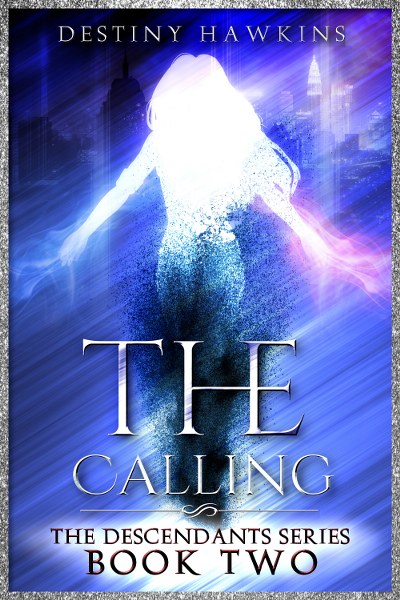 She was given a second chance to prove that she could fall in line, but with her lack of power, that would be impossible.

Rayah's entire life, she'd always been different from everyone else, and in Lytonia, being different was treated as a crime, but in her case, she was granted a pass. In only a few months, she had to present her abilities to the council and prove to them that she was worthy of walking the halls of Monroe Academy, but Artemis, her tormentor and superior officer, would stop at nothing to keep her from excelling. Being powerless and not proving herself meant that she would be transitioned into a slave, and Artemis would become her master. What Rayah realized was that she wasn't as powerless as she thought. For weeks she had been able to do things that only the elite lighters could do, and even though this meant that she was strong, it made her more different than she could have ever imagined. Rayah went from being weak to possibly being as strong as a Gods Daughter, and she couldn’t tell anyone. The standard colors of a Lytonians powers are white, royal blue, and turquoise blue. Hers were black…

Bestselling author Destiny Hawkins brings you the second installment of a gripping dark fantasy where a powerless girl must survive in a society that doesn't accept the weak...or the defective. 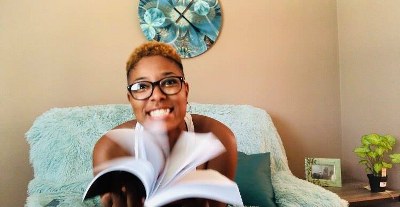 Destiny Hawkins is a multi-genre author with a dark imagination and a love for magic.

She enjoys working on her graphic designing business : Vibrant Designs LLC, writing, listening to music, reading, and of course watching some anime! Her favorite genres to read and work in are Fantasy, LGBT, Paranormal, Romance, Dystopian, Sci-fi, and young adult.

Destiny loves creating stories and building worlds that both teach and entertain! When writing she sticks to her slogan: Where beauty can be found in darkness.

Get ready for The Unbroken, Book Three of The Descendants Series!