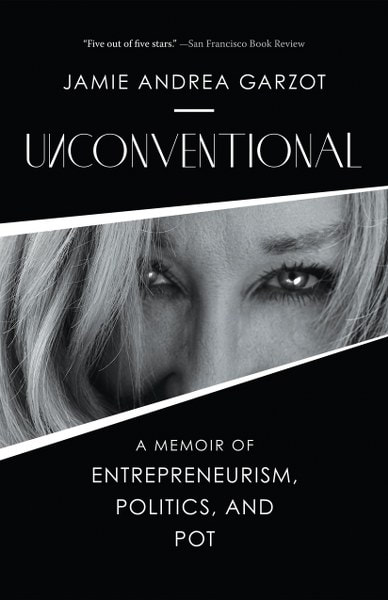 A Memoir of Entrepreneurism, Politics, and Pot

Jamie Andrea Garzot was one of the least likely people to become a cannabis entrepreneur, advocate, and industry pioneer. She had no business background. She was not involved in politics. She had only a four-figure capital investment to start with. And, surprisingly, she had very limited experience with cannabis products. So how did Garzot find herself at the forefront of California’s cannabis movement?

In this inspirational memoir, Garzot describes her trajectory from a cannabis retail rookie navigating an unregulated market to a cannabis authority. During her time in the industry, she developed a wildly successful line of artisanal edibles, managed $12 million a year in all-cash sales, and became an advocate for cannabis legislation at the state capitol—all of which led to an eventual acquisition by High Times, one of the most recognized names in the industry. From office intrigues, personal crises, and shifting regulations to teamwork, innovation, and community leadership, Garzot, with good-natured humor, shares how thinking creatively, planning ahead, and forming connections in the most unlikely places contributed to her success in a continually shifting business landscape.

Unconventional is the story of an industry in its wild heyday, the inner workings of local and state government and cannabis’s dicey road to regulation, and the seismic changes in the way cannabis was distributed and sold. But it is also the story of one woman’s tenacious spirit and all the lessons she learned the hard way—by refusing to give power to fear, taking risks, building community in a volatile environment, and listening to what people wanted—and how staying true to her vision paid off every step of the way.

Anyone who has ever dreamed of following their gut and reinventing their life will be inspired by Garzot’s unusual and unconventional journey. 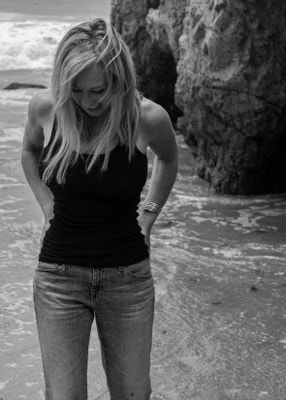 With eleven years of lawful cannabis industry experience, Jamie Andrea Garzot is one of California’s pioneers. She has boots-on-the ground experience as a state-licensed cannabis retailer, an appointed city official, and an industry advocate.

Since the beginning of her industry tenure in 2009, Garzot has logged thousands of hours advocating for responsible cannabis regulation before the California State Legislature and provided cannabis policy guidance to local governments throughout the Northern California region.

In August 2020, both of her groundbreaking businesses—530 Cannabis and Synergy—were acquired by the most globally recognized name in cannabis, High Times.

Garzot holds a Bachelor of Arts degree in English from San Diego State University, with an emphasis in British literature. She remains a high-profile industry advocate, educator, and public speaker.

Garzot shares her life with her partner, Jim Wood, and their growing menagerie. Unconventional is her first book.