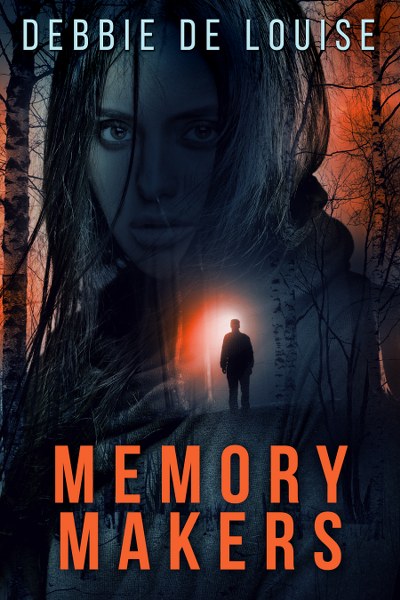 Twenty-five years ago, Lauren Phelps and her sister Patty were kidnapped from their backyard on Long Island. Lauren escaped her captor, but Patty was killed.
Ever since, Lauren has suffered from nightmares of the “Shadow Man.” Trying to recall his face and avenge her sister’s murder, Lauren, now a kidnapping investigator, enrolls in a clinical trial for a new memory drug.
At the offices of Memory Makers in California, she receives the injections of the Memory Makers' serum, and begins to experience flashbacks of repressed memories. Along with the flashbacks, she receives threats from an anonymous source that point back to her childhood trauma.
Soon, Lauren becomes involved with a fellow trial participant who seeks to recall his own traumatic past. But can Lauren discover the identity of the “Shadow Man” before history repeats itself?

For the most part, I name characters randomly and try to pick those that don’t carry any personal meaning for me. However, I’ve used names of people I know in some of my books including my new mystery, Memory Makers. But using real names doesn’t influence how I portray the characters. For instance, Lauren Phelps is the main character of Memory Makers. She volunteers for a clinical trial of a memory drug hoping that it will help her recall the face of the man who kidnapped her and her sister Patty twenty-five years ago. While she escaped her captor, Patty was killed. Lauren is 28 years old and nothing like my friend and fellow church member who shares the moniker except for the fact that they both like cats. I didn’t set out to use Lauren’s name for my main character, so it was purely a coincidence. Even more of a coincidence was that I chose Rick for the name of the kidnapping investigator who works with Lauren and serves as one of her love interests in the book. Rick is also the name of a friend from church and, no, he and Lauren are married to different people and aren’t similar in any manner to the fictional Lauren and Rick.

There was a person and two cats in the book that I named purposely. Florence, the dementia patient in the drug trial, was based on my mother who died two years ago and who suffered from that illness. I also dedicated the book to her. The Florence in Memory Makers has episodes where she imagines she’s in a classroom with other students. My mother also thought people in the nursing home where she was a resident were classmates of hers.

The two cats, Harry and Hermione, who are featured in a subplot of Memory Makers are named for my two, two-year-old cats, although they are portrayed as kittens in the book. Harry, who plays a bigger role by disappearing from Lauren’s mother’s house, is nicknamed Handsome Harry and is black like my male cat.

In previous books, I’ve also named characters for people I know. In A Stone’s Throw, the first book of my Cobble Cove cozy mystery series, Carol doesn’t play much of a role, but she’s included to pay homage to my mother-in-law who passed away shortly before the book was published. Another cat character, Floppy, was the namesake of my 15-year-old diabetic cat whose death spurred me to write Cloudy Rainbow, my first book, a paranormal romance with the theme of reincarnation. 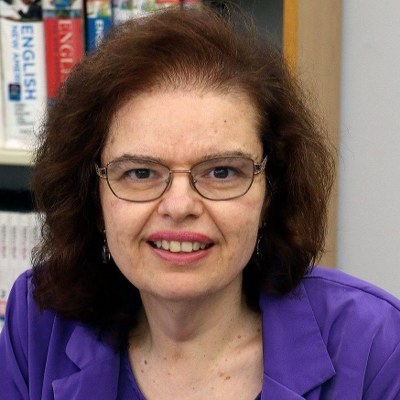 Debbie De Louise is an award-winning author and a reference librarian at a public library on Long Island. She is a member of International Thriller Writers, Sisters-in-Crime, and the Cat Writer’s Association. She has a BA in English and an MLS in Library Science from Long Island University. Her seven published novels include the 4 books of her Cobble Cove cozy mystery series: A Stone's Throw, Between a Rock and a Hard Place, Written in Stone, and Love on the Rocks, her paranormal romance, Cloudy Rainbow, her mystery thriller Reason to Die, and her latest psychological mystery, Sea Scope. She also published a romantic comedy novella featuring a jewel heist caper, When Jack Trumps Ac. Debbie has also written articles and short stories for several anthologies of various genres. She is currently querying agents to represent the first book of a new cozy mystery series. She lives on Long Island with her husband, daughter, and three cats.