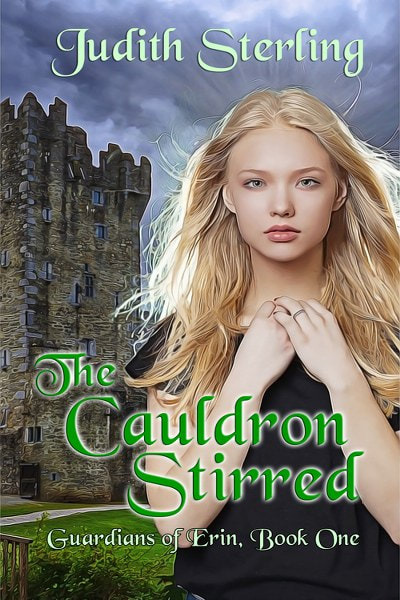 The Cauldron Stirred
Guardians of Erin, Book One
by Judith Sterling
Genre: YA Fantasy, Paranormal

Ashling Donoghue never dreamed moving to Ireland would rock her perception of reality and plunge her into a mystery that brings legend to life.

At seventeen, she’s never had a boyfriend, but she feels an immediate connection to Aengus Breasal, the son of the wealthy Irishman who’s invited her family to stay at his Killarney estate. For the first time in her life, a guy she likes seems attracted to her.

But Aengus is secretive, with good reason. He and his family are the Tuatha Dé Danann, ageless, mythical guardians adept at shifting between this reality and the magical dimension known as the Otherworld. Evil forces from that world threaten the Breasals, the Donoghues, and all of Ireland. Ashling must open her heart, face her fears, and embrace a destiny greater than she could ever have imagined. 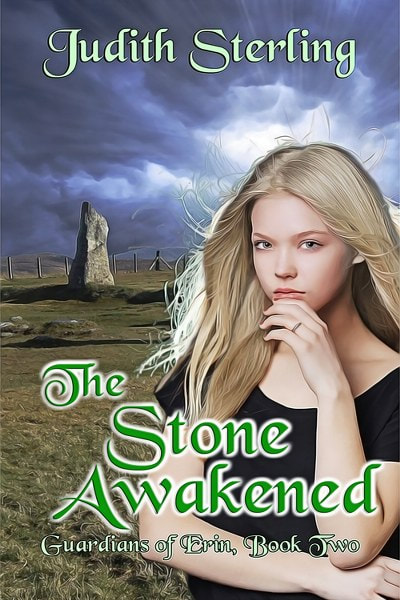 Since moving to Ireland, Ashling Donoghue has tackled one challenge after another. Now the mystery of her parents' disappearance seems unsolvable. Are they dead or only missing? No one—not even the godlike Breasals—has a clue. Hope and fear war inside her, but she's determined to find answers and stay strong for her siblings. Even as she hones newfound powers, her banshee-in-training sister Deirdre needs her support.

Ashling could use a little help herself. She's struggling to navigate her first romance, and while Aengus Breasal stirs her body, mind, and soul, his nemesis Lorcan does too. Both men harbor secrets about her past life as Caer. One has ties to Aoife, the scheming wind demon whose influence is on the rise.

As the Stone of Destiny awakens, so does the conflict within. 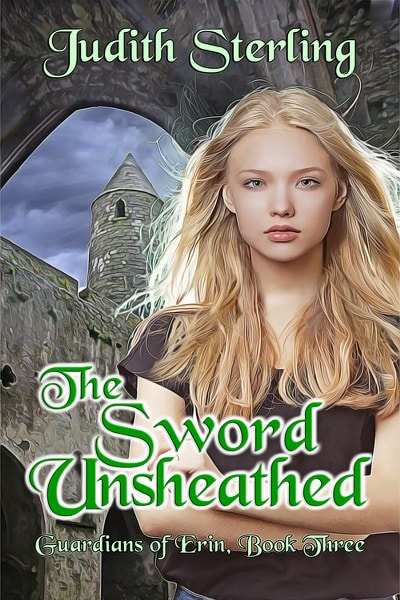 Ashling Donoghue is no closer to finding her parents than she was the night they disappeared. But hope returns as her brother Kian channels the Sword of Light, revealing past-life secrets and truths long suppressed.

The more she learns, the greater she fears the darkness that drowns the Netherworld also drives her. Is Aengus her true love, or is it Lorcan? Does her future wait in shadow or the light?

One point is clear: the threads of her past-self are woven inextricably into the tapestry of her soul. An impossible choice looms before her, and all the while, evil is poised to strike.

Judith Sterling is an award-winning author whose love of history and passion for the paranormal infuse everything she writes. Whether penning medieval romance (The Novels of Ravenwood) or young adult paranormal fantasy (the Guardians of Erin series), her favorite themes include true love, destiny, time travel, healing, redemption, and finding the hidden magic which exists all around us. She loves to share that magic with readers and whisk them far away from their troubles, particularly to locations in the British Isles. Her nonfiction books, written under Judith Marshall, have been translated into multiple languages. She has an MA in linguistics and a BA in history, with a minor in British Studies. Born in that sauna called Florida, she craved cooler climes, and once the travel bug bit, she lived in England, Scotland, Sweden, Wisconsin, Virginia, and on the island of Nantucket. She currently lives in Salem, Massachusetts with her husband and their identical twin sons.