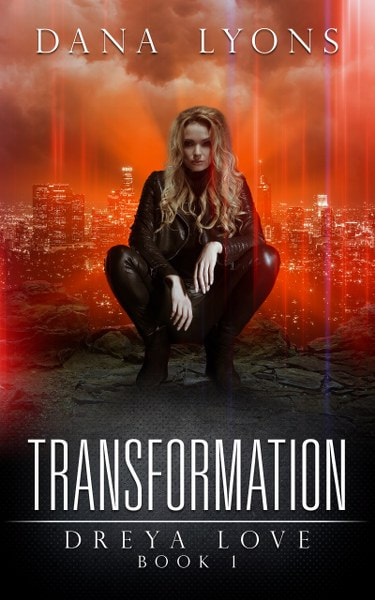 Agent Dreya Love prefers to work alone. But when her friend, a senator’s daughter, is killed, she’s forced to partner with Detective Rhys Morgan, or get assigned to ‘the backside of hell.’ More deaths with bodies matching their first victim brings Interpol Agent Quinn Kingston to the team.
As their investigation uncovers a secret genetic research program, a government cover-up, and a warning to ‘walk away,’ the case turns deadly.
The hunt for a killer, a boutique drug, and an unearthly ingredient unite these three in ways they couldn’t imagine. Soon, they discover the truth leads to a hell they never knew existed. 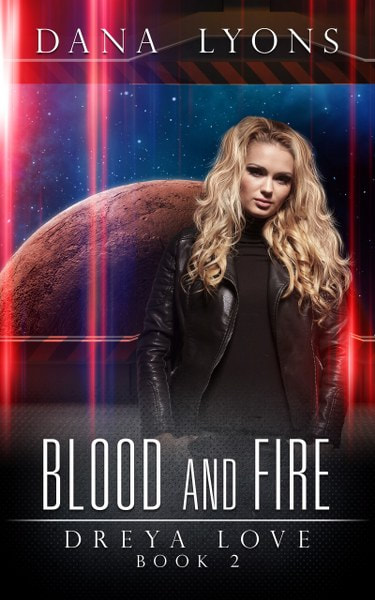 On a black-ops space station, a blood thirsty dragon shifter goes on a killing spree--until Dreya and her team get in the way.
Welcome to the backside of hell—Draco Station.
On Draco Station, an ultra-secret installation over the planet Draco Prime, mining Vulkillium is a mega billion-dollar business. But to work the surface you need a special kind of human—a Draco Demon.
When bodies start turning up on the space station, Dreya Love and her team set out to investigate, and come face to face with Dr. Anthony Lazar. Dr. Lazar is brilliant. Unfortunately for humanity, he’s also insane. He has a vision of humanity’s future and the tools to implement his twisted ideals. After all, he is smarter than God.
A madman, a dragon with dreams of blood and fire, and a sheriff with a grudge—all complicate the search for answers. If Dreya’s not careful, she and her team could end up dead ... or worse.
Follow Special Agent Dreya Love and her men, Rhys Morgan, and Quinn Kingston as their lives change and entwine … forever … in ways they could never imagine.
Dana Lyons combines crime mystery, reverse harem, and shape shifters for an exciting out-of-this-world paranormal romance … with a double dash of the unexpected! 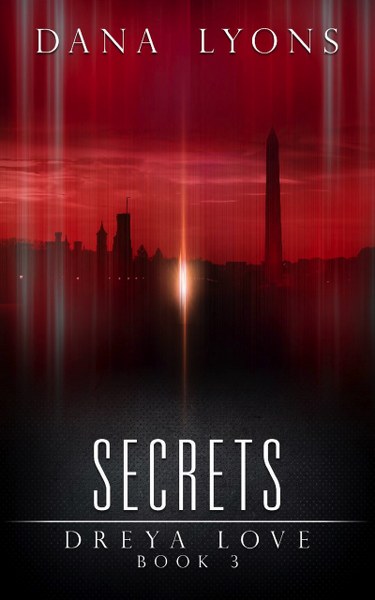 A serial killer is murdering for love, and he has Dreya Love in his sights.
There’s no going back.
Martin Nash was once seven years old and longed for words of love from his mother. At thirty-five, he knows he’s never going to hear them from her. But he’s willing to kill for as long as it takes … until someone tells him the words.

As Dreya, Rhys, Quinn, and Simon discover the dangerous position they’re in by being Noble, they search for a way to fit exceptional into their everyday life. While old habits provide a never-ending challenge going forward, no one would go back.

Nobility transformed them and their lives.
Nobility, a genetic modification created by Dr. Anthony Lazar, uses latent animal DNA to cage the human ego and bring mankind a higher moral code free of envy, greed, and jealousy. Noble means possessing an exceptional character in the face of adversity. Dreya, Rhys, Quinn, and Simon discover being Noble and exceptional in a human world isn’t easy.

In the midst of this uncertainty, Dreya puts herself in the line of fire with a serial killer who has a fetish for eyeballs. What she doesn’t know is …
Nothing is safe and nowhere is private.
It’s not a good time to have secrets. 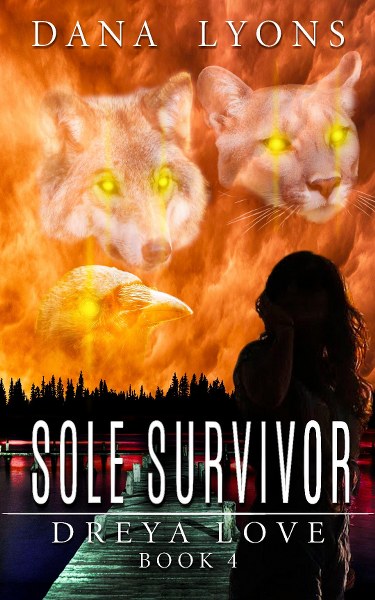 A haunted forest, a broken man, a pack fighting for survival.
Can Dreya and the boys heal Quinn’s pain, or is staying a wolf the only answer for him?
Sasha Ivanov, sold as a young boy into slavery, becomes a monster in the relentless drive to never be a victim again. Deemed the worst of the worst by Dr. Anthony Lazar, the geneticist who wants to remake the human race, Sasha discovers he will never be the same.
Quinn Kingston knows what Dr. Lazar can do from personal experience. But as a Nobilized and highly evolved human, is he able to forgive Ivanov of the most heinous acts? 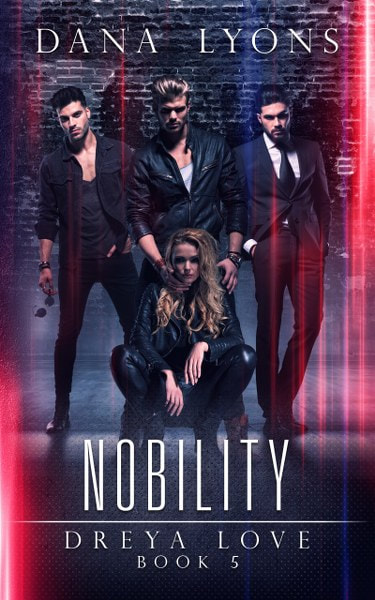 They can save each other, but can they save the world?

Simon and the team pursue a betrayal from his past and stumble upon a diabolical plot for global genocide. As they endeavor to stop this, clues lead them to a prominent list of participants … all above the law.

In this thrilling final book in the series, the team comes to understand what it means to be a pack … and to be Nobilized.

Find your heroes in this reverse harem, shifter, crime thriller series. A strong intelligent woman, three alpha males, an inseparable pack. If you want deep romance slow burning until it catches fire, with enough twists to keep you on your toes, you’ll love Dreya Love! 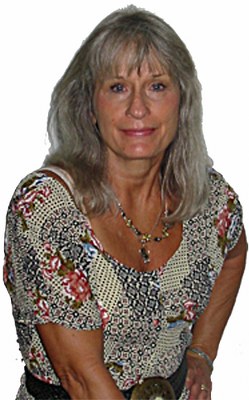 “Unlike some writers, I was not born knowing I would be a writer. But hindsight shows me every moment of my life was all in preparation for this job. In 2002 I suddenly had the time and the means to begin the process of learning the craft. Amidst all the conventions and seminars and on-line classes, a level of ability was born. At the same time, the characters began popping up in my head along with their stories.

“I continue writing because readers say my stories give them something to think about. THAT is all the encouragement I need.

“Follow my lead, and I will take you to worlds ancient and contemporary for adventures of the heart, mind, and spirit.”