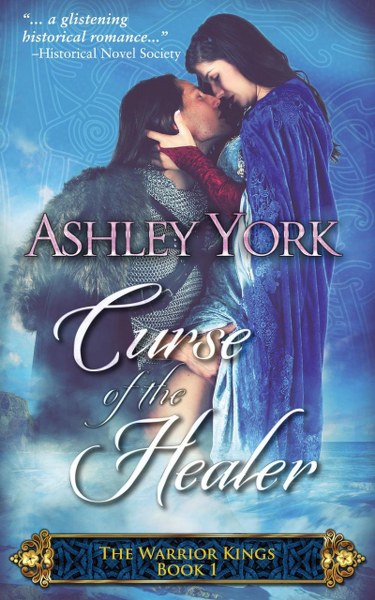 Aednat has spent her entire life training to be the Great healer and is more than willing to remain alone and untouched to attain that goal. When she meets Diarmuid, the intense attraction she feels toward him shakes her resolve to believe in such a legend. If she gives in to the passion he ignites in her, can she settle for being less?

Destined to be his...

Diarmuid of Clonascra is renowned for his bravery in battle. Only one thing daunts him: the prospect of taking a wife. The wisest course would be to keep his distance from Aednat, the bold, headstrong healer who's far too tempting for his peace of mind. But his overlord orders him to protect her from a group of craven warriors intent on kidnapping her to steal her power.

What starts as duty for Diarmuid quickly transforms into something more. Aednat's power might be at risk, but so is his closed-off heart. 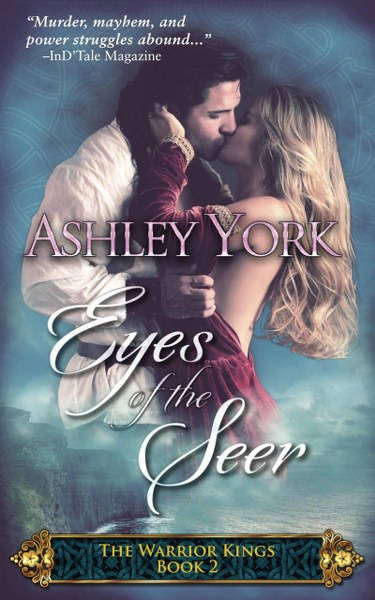 Eyes of the Seer
The Warrior Kings Book 2

He wishes to prove himself...

Marcán of Clonascra bears the bloodline of Brian Boru and his prowess as a warrior has earned him great respect from everyone but Astrid, the woman who holds his heart. Between her mother's condemning him as a pagan Seer and Astrid's total disinterest, he finds solace as the king's protector and confidant.

She is desperate to escape...

Astrid is more than ready to wed but her brother, the king, is in no hurry to see her married, so she decides to see to her own match-making. The man she approaches quickly reveals his lack of honor, but her overbearing mother pushes her to wed him anyway. When Astrid discovers Marcán's love for her, will it be too late to have the happiness she'd always dreamed of? 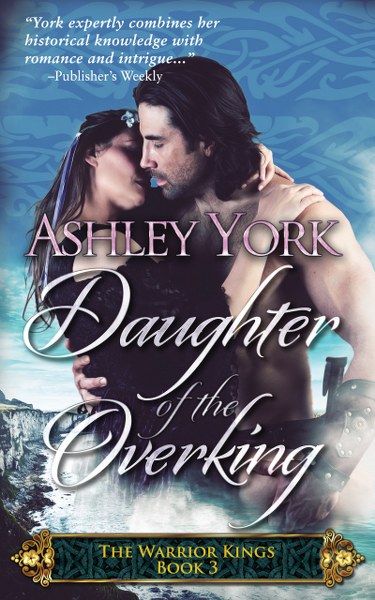 Daughter of the Overking
The Warrior Kings Book 3

A mistaken identity. A gruesome murder.

Trained as a warrior...

Brighit of Clonascra despises the trappings and demands of womanhood and is far more comfortable training for battle. Long held alliances require she set aside selfish dreams and take Darragh as her husband. The union intended to promote peace between the clans is interrupted by the shocking murder of a neighboring king and she quickly discovers there are far worse things than being wed.

Trained to be king...

Darragh of Drogheda has no wish to be king, but he is an obedient son and supports his father's plans. His marriage to Brighit, however, will be no hardship at all since he finds her most intriguing when she fights him at every turn. A she-warrior indeed. Her persistent dismissal of him merely blows the fire aflame and sets him down the path to discovery of all her most tightly held secrets—secrets that could cost him his life.

Two things you should know about me right up front. I’m a hard-core romantic! And I love history!

I believe true love, real or imagined, should transform your life from a solitary journey into a passionate adventure. Easier said than done sometimes but writing about the infinite number of possibilities, working out the exact when and where, and developing the character's personal journey to get there, thrills me to no end.

I love history with larger than life heroes, chivalrous knights, lords and ladies, castles, manors, battles and conquests. These are the foundations for passionate, historical romance novels. That’s what I write. There is nothing like the intense emotions sparked between a driven, hard-working medieval warrior and a feisty damsel in a quandary, often not of her own making.

It only makes sense that I use my MA in History and all those research techniques to create romantic characters from the past. Although I'm writing fiction, I like to incorporate authentic places, events, and people, embellishing the past. I use real history but with an artistic flare. I love research, especially from primary documents, and could get lost in them! You’ll discover a world of fiction wrapped around historical people and events in my stories. Some events you may recognize, some you may recognize but a little different than you remember, and some are just from my imagination.

I’m fascinated by the High Middle Ages in Scotland, England, and Ireland. There are so many world-changing events taking place here from their participation in the Crusades to the Battle of Hastings that permanently connected the islands to the continent. Before the Declaration of Arbroath, before William Wallace, before the Doomsday Book, the area was ripe for great events and they never failed to deliver. It is on this combustible backdrop that I create characters with the same desires and motivations as we have today.

When I’m not writing, I enjoy cooking. It’s relaxing and I always like to find something new and easy. On Fridays I occasionally share simple recipes with Foody Friday. Sometimes entrees. Sometimes desserts. Sometimes snacks. Always delicious.