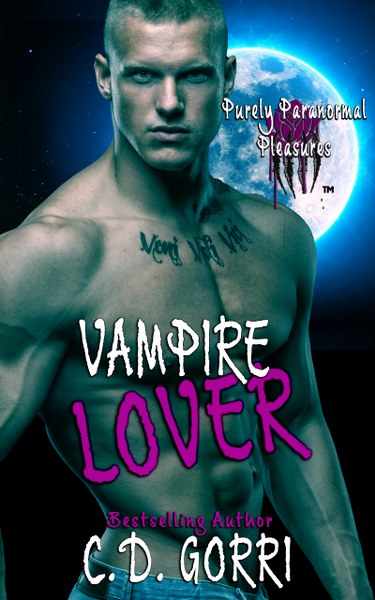 Terrence Davies never dreamed he’d be worthy of finding his true mate, then Daisy moves in. Is the sexy normal ready for a Vampire lover?

Daisy Amante just took over the lease on a great apartment in New York City from one of her old boarding school chums. Little does she know her neighbor and landlord is a real live Vampire!

The redheaded hottie tries to hide his sexy good looks behind button down shirts and nerdy looking glasses, but Daisy can see right through his façade. Terrence is something special and she is going to find out what!

Terrence has been sating his Vampire side for years with the bare minimum of blood from specialty butchers, but the second he gets a whiff of his new neighbor he knows there is nothing else that can satisfy his hunger.

He craves Daisy Amante in a way he swore he’d never indulge in again. He tries to fight his urges, but what’s a Vampire to do when a sexy curvy goddess knocks on his door in the middle of the night in nothing but her panties?

Can Terrence resist? And will Daisy willingly tie herself to her Vampire lover for eternity? 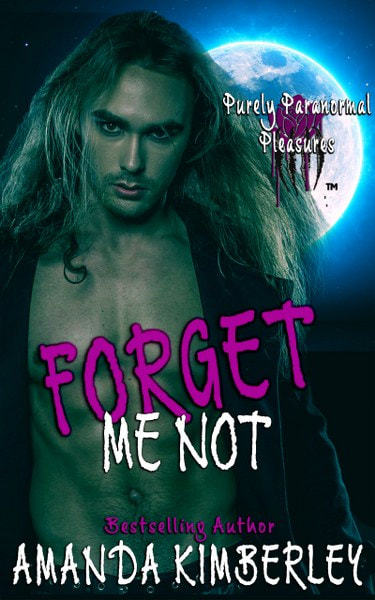 Forget Me Not
Purely Paranormal Pleasures
by Amanda Kimberley

When Ridge Turner hit the friend request button, he had no idea that he would come face to face with his past life lover. The old Chelsea Bennette accepted his dark side, but would the Poppy Lee of this life see him as a monster? His heart was willing to take the chance, but his head knew she should forget the vampire.

Poppy Lee just moved from the warm southern hospitality of Soddy Daisy, TN to the bitter cold of New York City. Lonely, she took a chance hitting the accept request button for her now client, billionaire Ridge Turner. She knows mixing business and pleasure is dangerous territory. Growing riddled with dreams of a past life with him and plagued by a secret he keeps hidden, she wonders if she should resist the temptations building within her. The only problem is that Ridge Turner is hard to forget. 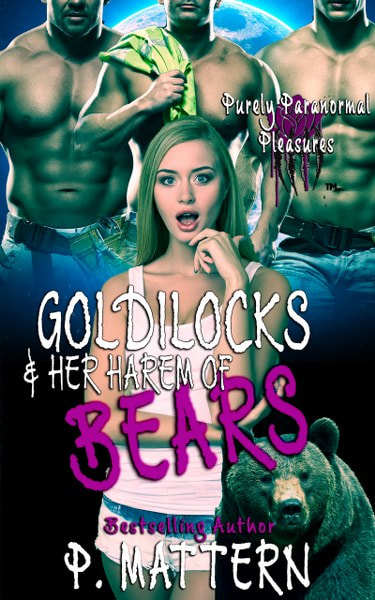 Goldilocks and Her Harem of Bears
Purely Paranormal Pleasures
by P. Mattern

"The woods are lovely dark and deep
And Harlie is a drifter
She finds she's gotten in way too deep
When she happens upon bear shifters!"

The open road is calling to Harlie Roberts, aka' Goldie'. Restless with a lifestyle that she was thrust into because of a family debt, she hops on her V Star to put distance between herself and her MC, the Wraiths of Wrath.She will be pursued. No one leaves the W.O.W, at least not while they're still breathing, and her lover and MC President Tory wants her back.An encounter with a set of brawny and handsome lumberjacks with an unusual skill set just might be her springboard into a new life! 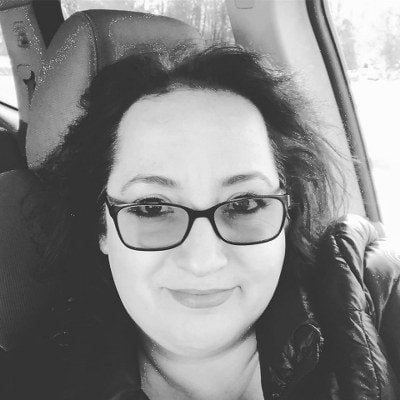 I've always been an avid reader, and I have a profound love for books and literature. When I'm not writing or taking care of my family I can usually be found with a book or tablet in my hand. I live in my home state of New Jersey with my husband, our children, and our dogs, Dash and Chewie.

I'm a busy mom of three and finding time for leisurely reading is never easy, so I write stories that are fast-paced, yet detailed with satisfying conclusions. If I thought making time to read was difficult, I was in for a huge surprise when I started writing! But now that I started, I can't picture myself doing anything else! I love writing powerful women and strong heroes who face relatable problems in supernatural settings! I plan on increasing the Grazi Kelly Universe with each and every story I publish. You can follow me on social media to keep up to date on all my new releases and events!

Looking for steamy Paranormal Romance, well I have several series available and am adding more all the time. I love helping sassy, curvy heroines and sexy heroes find their HEAs in my books! I write about Werewolves, Bear Shifters, Dragons, Tigers, Witches, Romani, Lynxes, Foxes and more in my PNR! Fated mates who find each other and always get their happily ever afters.

Want to know how it all began? Enter the Grazi Kelly Universe with Wolf Moon: A Grazi Kelly Novel #1, my very first YA/Urban Fantasy book that sets the stage for the universe I write in. You can also start my PNR with the Macconwood Pack. Pick up Charley's Christmas Wolf today!

Thank you for dropping by and happy reading!

Award-winning and best-selling national and international author Amanda Kimberley has written in various genres in the course of almost four decades.

Her nonfiction blog, which focuses on the chronic disease fibromyalgia, has garnered recognition from various organizations, including Health Magazine. Naming her blog, Fibro and Fabulous, as a top blog for fibro sufferers.

Amanda has also written for medical magazines and sites like FM Aware, The National Fibromyalgia Association’s magazine and ProHealth.

When Kimberley is not writing nonfiction, she enjoys penning romance. Her fiction works were featured for part of 2015 and all of 2016 on the BookCountry website, a division of Penguin/Random House. She has also been featured as a USA Today Happy Ever After Hot List Indie Author and a Best Poet of the 90’s for an anthology.

Amanda Kimberley is a Connecticut native that now lives in the warmth of Northern Texas with her husky and cocker spaniel dogs, her tuxedo cat, two hamsters, a tank of fish, two daughters, and a husband.

When she is not writing you can find her cooking whole foods for her pack. She also enjoys hiking and gaming.

Amazon #1 and Top 100 Bestselling and Award Winning author P.Mattern wrote stories to entertain classmates in elementary school and won awards for fiction and poetry in college.After being laid off from her professional job in Mental Health she began writing down all the stories she had carried in her head and made outlines for in earnest. She was inspired by Anne Rice and her handicapped son to write Book One of Full Moon Series 'World of Azglen'♡ about a widow and her adult handicapped son who becomes brainy and strong after being bitten by a vampire. Soon her children J.C.Estall and Marcus Mattern joined her in writing Full Moon Series, Amazon Bestselling Andy of the Damned, Strident House,#1 Bestseller Shock of Night, Forest of Bleeding Trees and others.This family writing dynasty is currently working on Book Five of Full Moon Series('Roue of the Dragon' will release early 2016), a dystopic novel, Andy of the Damned Two, and finishing the last installment of Vampire Princess(the Arctic Circle Series). P.Mattern is a member of Thriller Writers Association. Her work has appeared in numerous ezines and anthologies(Girls Rock Horror Harder, The Animal Horror collection, Painted Mayhem Horror Anthology, Mystical Magical, Erotic Exotic Paranomal,and Santa's Naughty List.She has two books under Booktrope Publishers's Forsaken imprint and a contract with Tell-Tale Publishing.

P.Mattern lives in the midwest and is currently involved with one of her characters. ("It's complicated.")

$10 Amazon giftcard to 1 winner and signed postcards to 20 winners
Follow the tour HERE for special content and a giveaway!