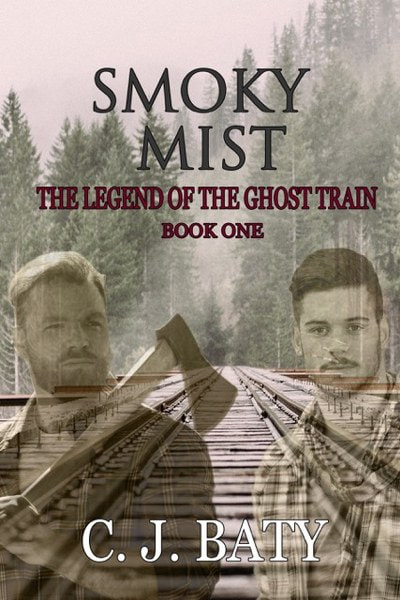 Jesse Lawson was never afraid of the strange and unusual dreams he had. But lately, they were becoming darker leaving him with a need to discover why he was having them. The Great Smoky Mountains once were the site of many logging camps. It only made sense to travel to the place where his great grandfather had lived and died, since it seemed his dreams were about Jackson Douglas himself.

Carter Thompson never knew his great uncle George Thompson, but he inherited his land, home, and money. George had come here to find work in the lumber camps. Secluding himself from the outside world, no one really knew what happened to make him become a recluse. Carter only knew he loved his home and the bar he owned. Meeting Jesse Lawson was about to turn his world upside down.

There was a secret about a train wreck that killed Jackson Douglas. Now it seemed that something was trying to destroy Carter and Jesse’s growing attraction to each other. Whoever it is will stop at nothing to keep them apart, even if they have to repeat the past to do it.

CJ Baty dreamed of writing her own stories from a very young age. Time and life got in the way, but with the encouragement of her two grownup children, she began to follow that dream. She loves a mystery and when you mix in romance and hot men, you can bet there’s going to be a happily ever after. She brings her love of nature and the mountains of the Southern states into her stories too. Too many years spent in an office crunching numbers, left her with the desire to explore new places and experiences. Whenever, possible you can find her in Tennessee enjoying the fresh air and beautiful scenery. Her muse lives there so she visits often. She believes deeply that love is love and love is what binds us all.