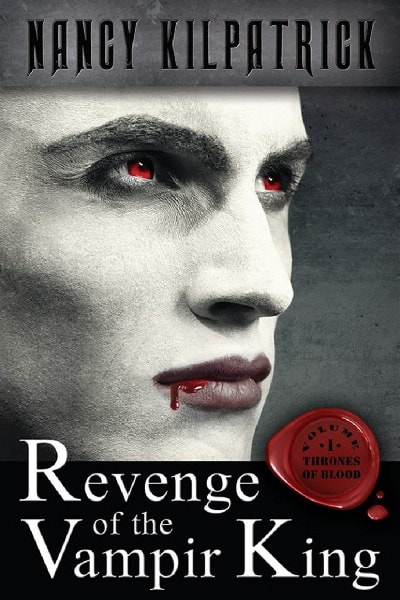 Vampires and humans are at war!

Moarte, King of the Vampirii, is a prisoner of his Sapiens enemy. The beautiful Sapiens Princess Valada, believing that Moarte killed her mother, tortures him, even to the point of breaking the bones in his wings so he cannot escape. She intends to incinerate him to ash in sunlight, but Moarte escapes.

Moarte hungers for revenge. When, through an act of betrayal, Valada is captured by the vampirii, his first instinct is to drain her blood and annihilate her. But he realizes he can get revenge in other ways, using her as a tool to gain the upper hand in this conflict. But who is manipulating whom? Both want revenge, and control of the other, and Moarte wants to drink Valada's blood. Dark desires lead down a path neither had envisioned, a threatening spiral that can destroy empires.

“Kilpatrick knows that great secret of horror stories: that they are intensely personal!”
Chelsea Quinn Yarbro
Author of The Saint Germain series 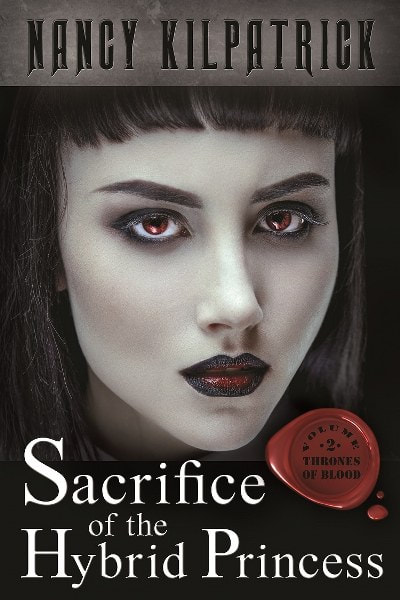 Sacrifice of the Hybrid Princess
Thrones of Blood Book 2

Part human, part vampir, the beautiful, stubborn, angry young Princess Serene is a tormented hybrid, her days and nights controlled by her overprotective parents. When they suddenly insist on an arranged marriage, visions of a grim future in a loveless pairing with the cold and dominating Wolfsbane drive Princess Serene into a desperate escape.

But instead of freedom, the young naive Princess rushes headlong into the clutches of a human demon whose cruelty and violence threaten to destroy her and her world. The entire vampirii nation is helpless to rescue her, and war becomes a certainty. Rebellion will lead to many deaths, including those she loves. But to endure brutality until she can escape might be beyond her abilities.

Ultimately, Wolfsbane, her detested bridegroom, is the one holding the key to save her, if he can. And more, can she be saved?

"Nancy Kilpatrick inhabits that shadow land of sensuality between terror and pleasure; she can be creepy, seductive, bleak, exquisite and terrifying—often all at once. She knows the intricacies of human minds and bodies at war with themselves, and her stories bring you into those battles in ways that make you think you've actually been there because maybe you have."
—Thomas Roche, author of The Panama Laugh and editor of the Noirotica series

"Nancy Kilpatrick’s vampires have a distinctive bite all their own."
—Nancy A. Collins, author of Sunglasses After Dark and In the Blood

"Kilpatrick is the pony express of horror. She's fast and furious and she always delivers."
—Brian Lumley, author of the Necroscope series

“I loved Book 1 but I will admit that I loved Book 2 even more. The characters were comfortably familiar but the threat level has been escalated to nail-biting proportions. I devoured the book quickly; it was difficult to put down, but I am used to this when in the hands of a skilled author like Kilpatrick. She truly is a “vampire queen”: a real specialist at telling vampire tales in new and engaging ways.” 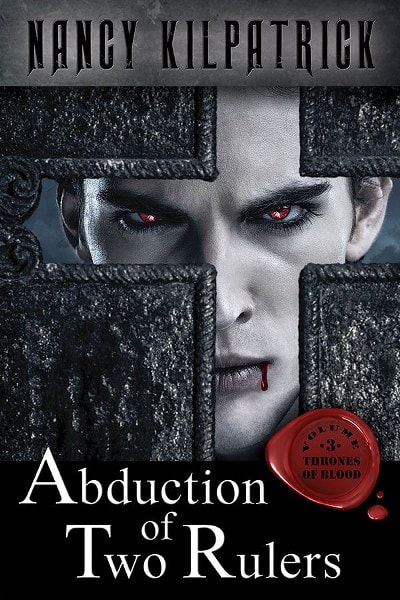 A conference between two species ends in disaster when Sapiens Queen Blanka and the Vampir King Thanatos are treacherously seized and imprisoned in a dungeon. War erupts as their jailers—an ancient vampir and a traitorous Sapiens usurper—each plot to reign over all of their own species. Desperate to end the conflict, the two prisoners escape. En route to his stronghold, Thanatos disappears. His vampir allies want to find him, but attack is imminent, making defense the priority. Blanka knows the odds are against her surviving an all-powerful, ancient being whose goal is destruction yet she is determined to rescue Thanatos. The question that tortures her is: does he still exist?

"Nancy Kilpatrick is an audacious and insane writer of vampire fiction. I wish a vamp would bite me so I could read her work forever!" - Nancy Holder, NYT Bestselling Author, Mary Shelley Presents; Buffy the Vampire Slayer novels

"Sit back and let Nancy Kilpatrick guide you through this tortured world of sex and passion, hunger and blood, damned souls and velvet nights." - Karen E. Taylor, author The Vampire Legacy series

"Horror has never been so poetically exquisite before: move over Anne Rice for Nancy Kilpatrick." - Robert W. Walker, author of Instinct series books 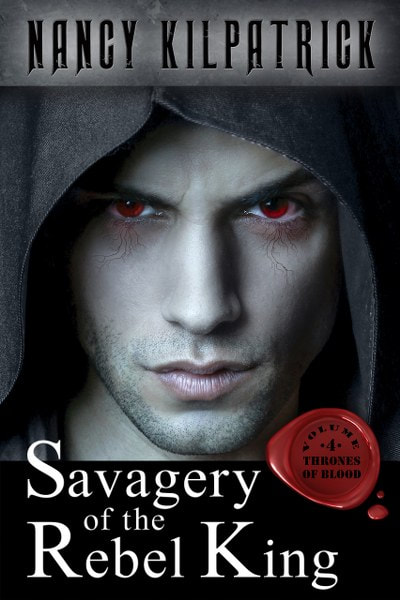 Savagery of the Rebel King
Thrones of Blood Book 4

Necros, the most rebellious of the vampir kings, has carried a burning hatred for the one who forced him into this undead existence centuries ago. Abused, betrayed, cheated, he trusts none of any species, especially Guin, a dethroned mortal queen who appears out of nowhere and feeds his paranoia, and his darkest fantasies. At best she attempts to control him, at worst she tries to kill him. For some reason he does not understand, Necros is compelled to let her live. But he believes she is manipulative, and a liar; Guin sees him as brutal, stubborn, impossible! Encounters turn ugly as violence, bitterness and haunting memories drive both of them. Guin has her own agendas, and the more she struggles to actualize them, the further away her goals recede. A few vampirii endeavor to build a bridge between the two combatants, but others with sinister plans are bent on hindering a truce. This downward-spiralling dynamic reels towards a dire conclusion that neither Necros nor Guin seem able to halt.

Savagery of the Rebel King—Vol 4 in the exciting Thrones of Blood series—is a fast-paced rollercoaster ride in a plot that twists and turns and threatens to spin out of control. Readers will be glued to their seats! 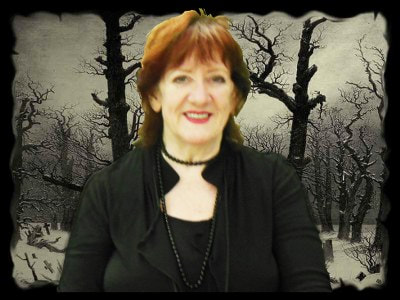 Nancy Kilpatrick is an award-winning author. Her publishing credits include 22 novels, over 220 short stories, 6 collections of her stories, 1 graphic novel, 1 non-fiction book and, as well, she has edited 15 anthologies. She lives in Montreal and her work is published in the U.S., Canada, the U.K., and has been translated into 8 languages. These are the genres in which she has published: dark fantasy, horror, fantasy, mystery, science fiction, erotica. Details can be found on her website below.