In essence a love story, "A Life Singular" is a seven-part contemporary fiction serial.
The books' themes are triumph over mental illness, the choices we make between right and wrong, and how one affects the other over the relentless passage of time. Sales proceeds go to two Australian non-profit organisations assisting young people with their education: EdConnect Australia and The Smith Family.
Dealing with some of the more complex social justice issues of our age, the universal theme of love and our fascination for celebrity spirit the reader behind the scenes of a superstar family who are plunged into grief, proving that there are always many sides to a story we see in the media. The important events in our public lives are always overshadowed by the backstory's real truth. 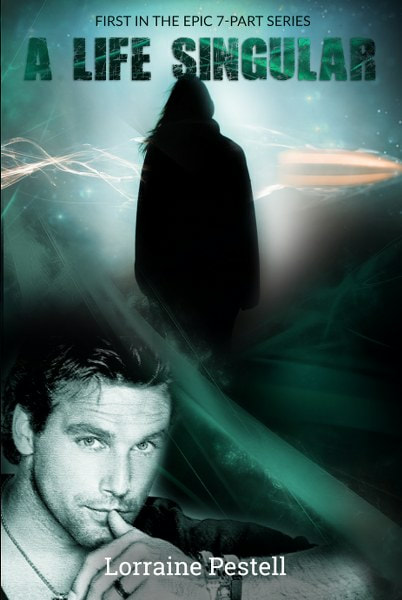 The Endless Pursuit of Love and Wisdom


What do you do when you lose the one who gave your life meaning? You write about it. You tell the world how amazing it is to love and be loved by someone so special, what love helps you achieve and how it makes you stronger.
Jeff Diamond had built a life of influence, adulation and wealth by making the right choices for the right reasons. He lived by the law of reciprocity, a lesson learned on the streets as a teenager with nothing but an unquenchable thirst for knowledge. Plagued by the scars of a violent childhood, he created his vision and fought for it. And once he no longer needed to fight for himself, he fought for others.
Yet when Jeff’s dream girl was taken from him and their children by the ignorant act of a jealous misfit from his own home town, the millionnaire realised just how far he had come. Why had he succeeded when so many like him fail? It wasn’t complicated. The secret lay in the endless pursuit of love and wisdom; life’s two magic ingredients. Now Lynn was gone, he resolved to use his remaining days to account for their life in a way that would inspire young people to make his type of choice rather than García’s.
Then after their story was written, he would be free to go after her, to begin the whole incredible journey over again. Everyone has a life singular: one; unique; extraordinary. 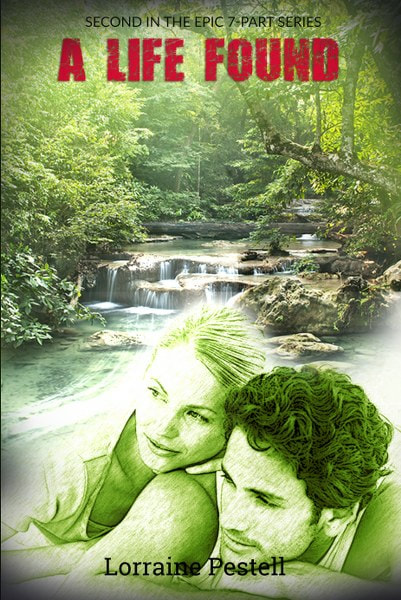 Writing an autobiography on behalf of someone else presented Jeff with an interesting dilemma. Did he make assumptions about what Lynn would have included, or should he restrict her contribution to direct quotes from her letters and diaries? He had their kids to protect, and her parents…
As he worked through the huge amount of material available in the press about their life as it had taken shape, interlacing it with highly personal stories, the widower crafted chapter after chapter of memories, both happy and heartbreaking. If this was to be a true account of their partnership, he owed it to the memory of his beautiful best friend to cover so much more than what was already on public record.
When it came to adding his own reminiscences of those early months, about meeting someone he already knew intimately, Jeff had no difficulty in recalling every single, vivid moment. Entire conversations came back to him, sometimes word for word, rushing through his fingers and into the computer.
Photographs prompted him too, as did the treasured possessions that surrounded him, like the old leather jacket he had received on his twentieth birthday. Lynn had left him shortly after that, just like she had left him now. The pull of being together again was unrelenting, but Jeff hung on to the dream that their life singular would one day resume. Once their story had been told. 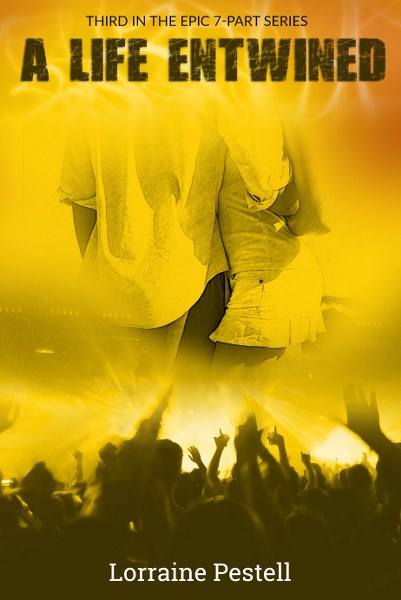 Writing an autobiography on behalf of someone else presented Jeff with an interesting dilemma. Did he make assumptions about what Lynn would have included, or should he restrict her contribution to direct quotes from her letters and diaries? He had their kids to protect, and her parents.
Fame and fortune beckoned. Jeff Diamond was a success, whatever that meant. Fans followed him everywhere, reporters and photographers hid around every corner and journalists recorded his many indiscretions. A whole different world to the downtrodden streets of Sydney’s south-west, where vices were satisfied by using people to one’s best advantage.
The star had more money than he could spend, his opinion suddenly counted, and the opportunities to feed his ever-hungry mind were plentiful. Yet the demons continued to torment him, no longer protected by the guardian angel who had been spirited away as soon as her family found out who Jeff Diamond was and where he had come from.
Suddenly the ambitious businessman and philanthropist found himself in the fight of his life. He would win Lynn’s heart by showing her father he was worthy, and by convincing his dream girl that they had something worth fighting for. Would she risk throwing her privileged lifestyle away for a man whose public persona depended on alcohol, drugs and a string of pretty girls?
Jeff had nothing to lose. The trappings of his new life held little significance until the soul-mates were reunited. This was where their life singular really began. Up until this point, there had only been playtime. Now they must step up and take responsibility. It was up to them. 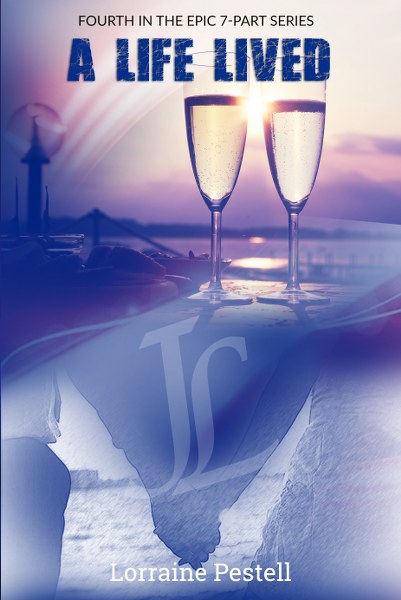 So this was it! Lynn and Jeff, two celebrities driven to change the world together, had grasped their life singular with both hands and were not about to let go. They had the Midas touch, gifted through the virtues of reciprocity and a deepening understanding of right versus wrong.
The prospect of turning two into four, mirroring the black jetstone ring that lived on the handsome man’s right hand, filled the couple with excitement. Never in his wildest dreams had the no-good street kid imagined himself as a father. His own had given him nothing. So much less than nothing, in fact.
Should Jeff settle that score? Was it worth disturbing the paradise they had planned, where their well-established careers showed no sign of slowing down and their hard work yielded so much for so many? Surfacing past wrongs and holding people to account for setting them right were part and parcel of letting go, his dream girl had insisted. And who was he to argue? She had been right all along.
As the book’s extraordinary chapters continued to document the achievements of their life singular, the solitary author cried and smiled in equal measure through the arrival of a small boy with blond, curly hair and the sultry gipsy girl who could see inside his soul from the moment she was born. Lynn had given him two new friends who must now be steered through their young lives, learning their own lessons about the endless pursuit of love and wisdom. 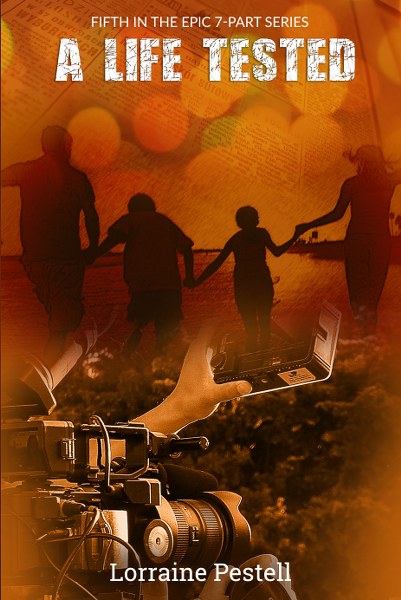 The world was an enormous place; full of good and evil, beauty and ugliness, wonder and despair. Sometimes all seemed lost, returning from the latest round of negotiations and attempting to balance the surreal career of a chart-topping musician with the demands of an advocate for those discarded by mainstream society. With every problem the Diamonds worked to solve, a new one would be right around the corner.

All was not lost, however. Unity and liberty, the twin spirits living in two perfect beings waiting for him at home, were all Jeff needed to spur him on. They would one day inherit the world which he and his beautiful best friend were intent on changing for the better, along with the millions of others who wrote to the couple every day, seeking ever more of their energy, time and money.

The tired author kept reverting to the theme of reciprocity. We should never take more than we give. If only they could convince enough people of their byword… It was right that the struggle should never end. What would he do if it did? There was no room for self-satisfied fat cats in their life singular. What sort of example might that set for those who must follow?

Lynn had departed, the children were growing stronger now, and the widower heard the clock ticking night after night after night. Still with so many amazing experiences to recount, the lost boy knew his dream girl couldn’t wait forever. He was grateful for this opportunity to set the record straight, but gratitude could only take him so far. 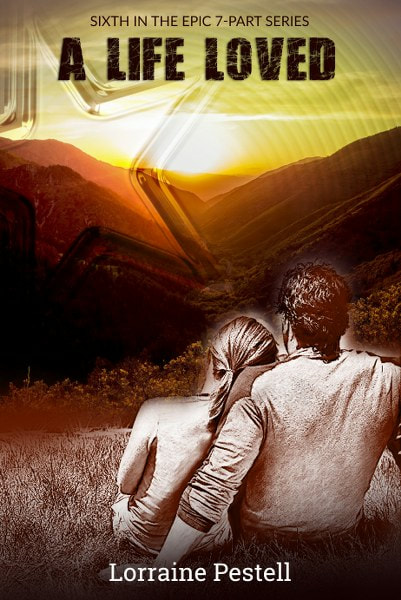 Lynn Dyson and Jeff Diamond had become the celebrity couple with the Midas touch. With their son showing every sign of fulfilling his sporting destiny and a teenaged daughter who was already driven to right the world’s wrongs, they were showered with accolades and adoration from every corner of the globe.

How had this nobody from the wrong side of the tracks got so lucky? With his dream girl by his side every step of the way, the superstar’s multi-faceted career knew no bounds. Politicians clamoured for photo-opportunities, the press hung on his every word and the success of their business empire funnelled millions of dollars into worthy causes.

No wonder they had been an assassination target! Jeff’s autobiography foretold this omen with twenty-twenty hindsight, his open wounds smarting with each obvious opulent and outspoken occasion. “The higher you climb, the harder you fall.” This tedious cliché rang true for the father as he captured his teenagers’ many exploits for posterity. He and Lynn had dared to scale enormous heights, paying the ultimate price far too soon.

Had it all been worth it? The book held these secrets, painstakingly transcribed by a man who couldn’t wait to find out what was to come. Whether taken from his lover’s journals, the children’s memories or the cataclysm of poetry pouring from his lonely heart, the months leading up to his next challenge had legitimised every decision the forever couple had ever made.

He only hoped the same good fortune would hold true in the next lifetime. 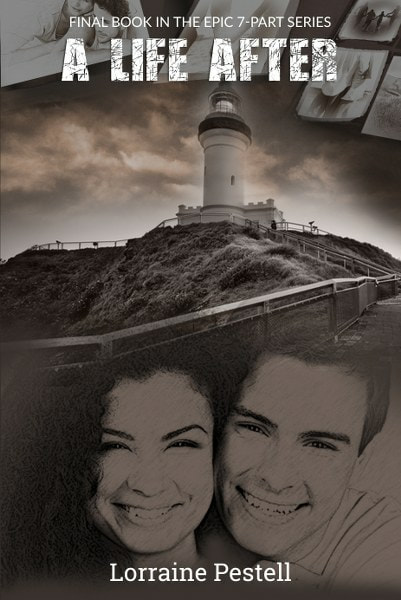 "Their Handbook For Life Was Complete.  Not A Cast-Iron Guarantee, But A Good Start For Anyone Looking For Answers.  The Rest Was Up To Its Readers To Make Their Own Life Singular.  Jeff Diamond Sealed The Envelope On His Manuscript, Content That He Had Fully Accounted For The Life That Had Brought Him To Where He Was Today.

Lynn Would Be Pleased With The Way Their Autobiography Had Turned Out, Complete With A Carefully Selected Set Of Photographs And Proof-Read From Cover To Cover By Their Gorgeous Daughter.

It was now time to finish things off properly, and that began by acknowledging the mate who had stood by Jeff for almost thirty years.  Gerry Blake had been his squash partner, his manager, his drinking buddy and his best man through the whole incredible journey, in so many ways his alter-ego.  He was now getting married for the first time at forty-seven years old, no doubt spooked by what had happened to his old friend.

The thankful billionnaire and the ghost living inside his heart were determined to give Gerry and his new wife the very best send-off, before continuing on their own quest for reunion.  Would they find a way to be together again?  And how would the kids know to keep telling their singular story?

Book 7 in the series is twinned with “Le Roi se meurt (The King is Dead)” by Eugène Ionesco. 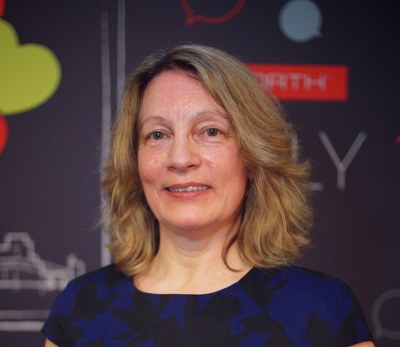 Lorraine Pestell was born in London and has had a successful IT career in the UK, US, Europe, Singapore, and more recently Australia. Lorraine is a life-long sufferer of Clinical Depression and Post-traumatic Stress Disorder. She began using writing as therapy, attempting to find her place in the world. "A Life Singular" soon developed into an epic family saga, with the first book published in 2013. She currently resides in Central Victoria with her rescued Belgian Shepherd, Nikki.