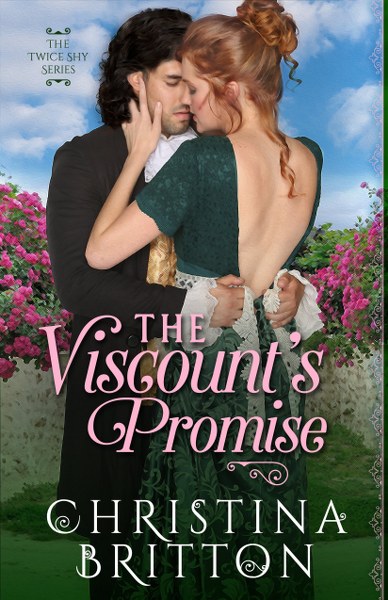 Lady Emily Masters has harbored a secret infatuation for the dashing Malcolm Arborn, Viscount Morley since a childhood accident claimed the life of her twin brother and left her own face scarred. But when fate brings them together again for her brother’s wedding, she is dismayed to find instead of the brave gentleman who sheltered her after the tragedy, a surly rogue quick to quip and slow to trust.
To the cosmopolitan and haughty Malcolm, few engagements could possibly be more punishing than attending his friend’s country wedding―until the groom requests he watch over his timid sister during the weeks leading up to the ceremony. Fearful of her scar making her the center of attention to the visiting lords and ladies, Emily proves to be a difficult charge for the irascible bachelor.
Her diffidence an insult to his sensibilities, he finds a new purpose within his role: to bring out the bold woman within. But how can such a gentle creature as Emily abide his own coarseness? At odds with their natures, will these two willful souls be able to look beyond their past hurt to build a promising tomorrow? 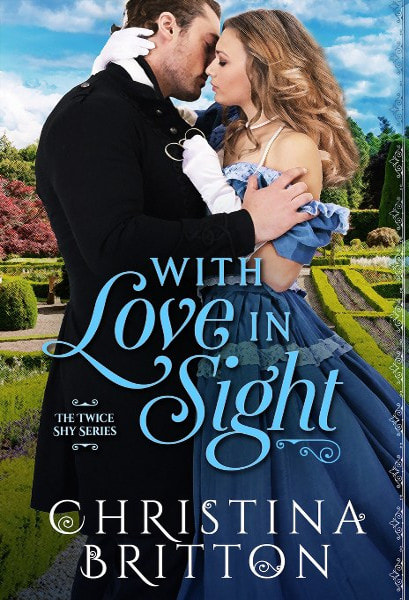 With Love in Sight
The Twice Shy Series Book 1

From Romance Writers of America’s® 2017 Golden Heart® winner comes a story of passion that is much more than meets the eye.

An aging spinster at twenty-six, all Imogen Duncan sees ahead of her is a life of servitude to her overbearing mother. Her London Season has passed and her desperate shyness and reserved demeanor have destroyed any chance for a match. As her younger sister Mariah begins her own Season with a selection of suitors, Imogen believes her chances for excitement are well and truly lost…Until a case of mistaken identity and an accidental kiss brings her adventure.

Burying his guilt from a decade-old tragedy beneath a life of debauchery, Caleb Masters, Marquess of Willbridge, is content enough to meet willing widows in dark gardens to numb the pain. But he is wholly unprepared when an innocent miss stumbles into him, turning his superficial world on its head.

Drawn to the rogue that mistakenly stole her first kiss, Imogen finds not a suitor, but a friend. Free to be herself for the first time, she begins to see a new beauty in the world around her…and see a strength in herself she never knew she possessed. But when friendship turns to passion, Imogen will accept nothing less than Caleb’s heart. Can a healing of the past lead to the promise of a future together? 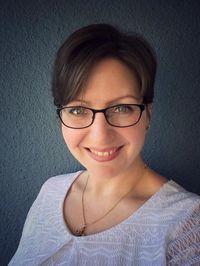 Christina Britton developed a passion for writing romance novels shortly after buying her first at the tender age of thirteen. Though for several years she turned to art and put brush instead of pen to paper, she has returned to her first love and is now writing full time. She spends her days dreaming of corsets and cravats and noblemen with tortured souls.

She lives with her husband and two children in the San Francisco Bay Area. A member of Romance Writers of America, she also belongs to her local chapter, Silicon Valley RWA, and is a 2017 RWA® Golden Heart® winner. Her debut novel, With Love in Sight, was released by Diversion Books in early 2018.