The Virgin and The Bull - Book Tour & Giveaway The Virgin and The Bull
by Erato
Genre: Noir Romance, Suspense Thriller

Suicide, rape, murder — Love is a serpent more subtle than any of the field.

Twenty-three year old Charles Macgregor had everything going for him, so why did he choose to take his own life? As the Sheriff-Depute of Edinburgh reads through his collected letters, he uncovers a breathtaking story of femmes fatales, jealous rivals, and love gone violently awry.

An artful and intellectual thriller told with a noir style, The Virgin and the Bull shocks and startles with tense plot, lurid sex and vivid characters amidst a seductive and scary vision of Old England and Scotland. The frisson is out of this world when the fiery anatomist Macgregor risks life and limb to fulfill his desperate desire for the dangerously beautiful Constance Fawkes, pitted against her mad father and the more-than-meets-the-eye “virgin” priest, Francis Exenchester.

“Erato did a superb job… the pace is right on point… highly intriguing… It blows your mind.” - T. Renee, author of Hearts On Fire. 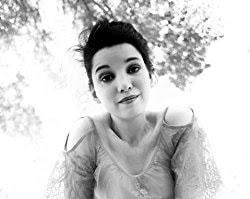 Be taken to another ERA with ERATO.

Erato is a hispanic American author of historical fiction. Her stories are often set in the Georgian/Regency period, taking the characters past the traditional bonnets and balls into gritty cities, forced marriages and painful love affairs.