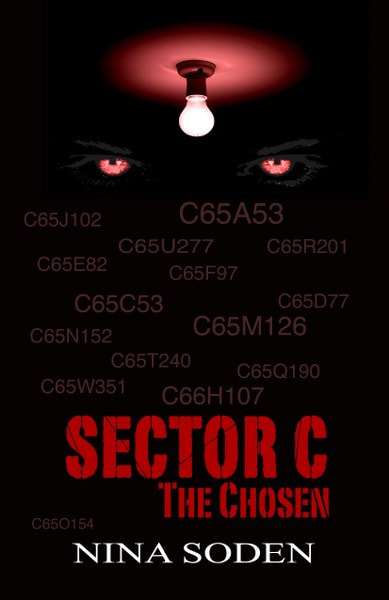 Set in a futuristic dystopian where society is governed by a council of vampires and lycanthropes, selection students are sheltered and raised in a deceptively utopian world. Strict rules are imposed to control population growth, education, and even personal interactions with other members of the Sector, all in the name of safety. When ‘A’ comes of age, she like all youth throughout Sector C and her selection classmates aren’t sent out into the world to find jobs, make money and lead happy carefree lives. They are forced to endure the rigorous physical and mental testing of Selection Week before choosing their destiny or being forced into a fate far worse. Those that make it out alive are announced as sector residence, given a position within the society, and allotted all the privileges of their chosen “culture.” However, when your only choices are vampirism, lycanthropy, breeder, blood donor, or banishment to the Wastelands, what choice do you really have? Suspenseful, intense, passionate, and awash in paranormal delights, Sector C captures the enchantment and mysteries of the supernatural world and the power of friendship. 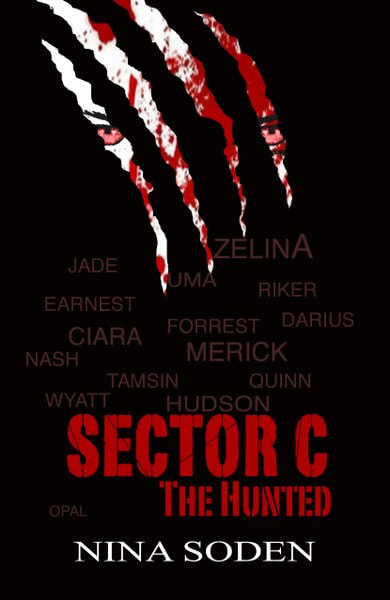 In the future, most of the world is governed by a council of vampires and lycanthropes. Sector residents are offered the freedom to live as they desire provided they stay and abide by the laws handed down. After being jolted awake by the blaring screech of the sector alarm, Zelina is dragged from her bed, gagged, and tied to a chair. Confronted with the brutal murder of one of her former classmates, she realizes that all eyes are on her as the primary suspect. Whether she was involved or not doesn’t matter. In the eyes of most sector residents, and most Council Members, Zelina is already a pariah—feared for the powers she will certainly come to possess. For she is the first human known to have both vampire and lycanthrope blood flowing through her veins. Zelina will find herself on a gripping adventure that will take her beyond the borders she’s known all her life in an attempt to save those she loves—and herself from becoming The Hunted. 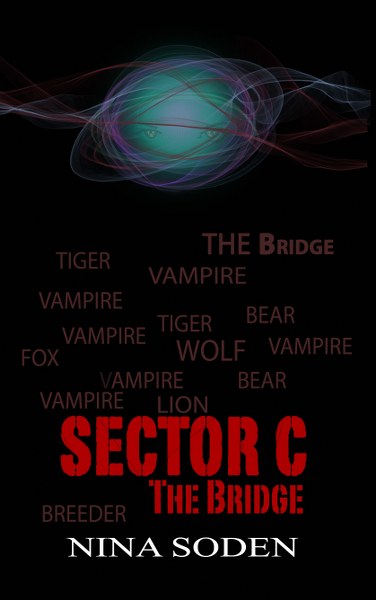 Change is happening all around Zelina and with it a prophesy is revealed. Is Zelina the key to unlocking a new way of existing on earth? What will she do when she discovers the true monsters of Sector C – the darkness that feeds off of the fear and the unknowing. Will she be able to suspend her own disbelief about what is possible and secure a new future? With the help of Merick, a motley crew of defectors, and a host of unexpected allies, Zelina bridges space and time in an attempt to bring forth a new future for all sentient beings. Join Zelina, Merick, and the others as they discover the power of the prophesy and their parts in setting their stagnant world free. 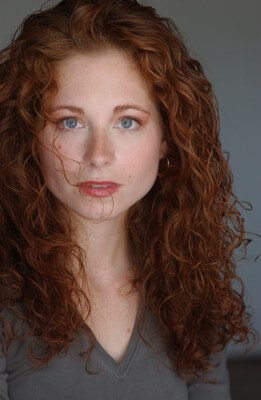 I have always been creative, be it art, theatre, film – anything but singing – you don’t want to hear that! I earned her bachelor’s degree in Theatre and Military Science from EMU where I spent most of my time either on stage, rappelling down buildings, or working one of three jobs. After college, I moved to Los Angeles, like so many other want-to-be actors, in pursuit of my dreams. I worked to pay the bills… but my love was acting and I was actually somewhat successful, mostly in commercials and independent films and I had a great time doing it.

In 2008, after some major life changes, I self-published her first book PRIVATE WORDS UNSPOKEN, a compilation of poetry. Since then, my dreams have gotten bigger and I would like to think my storytelling ability has gotten better. I have done everything from secretarial work to business development to being the Director of a private preschool. I have fired an M16, jumped out of a C130, and given birth – TWICE - but I always return to my art.

Though I’ll forever be a Michigan girl at heart, I now live in the South with my husband and two beautiful children. If I’m not working on my latest story, you can find me lounging with a good book, playing with my kids, or indulging in my unhealthy addiction to Starbucks coffee.