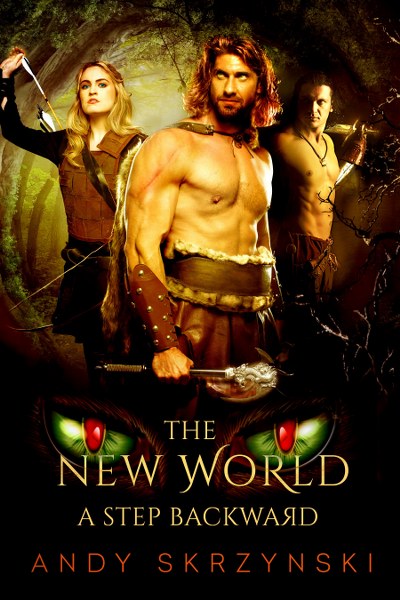 "The New World" book series, by Andy Skrzynski, is a creative, science-fiction adventure depicting the life-and-death struggles on Earth after an apocalyptic period between 2019 and 2025. If you enjoy a thrilling tale full of suspense, action, a touch of romance, and a crazy twist here and there, "The New World: A Step Backward" and the sequel, "The New World: Blue Moon Generation," will help you escape your current world worries. The action's so real and descriptive you'll feel as if you're alongside Thoruk, his loyal friends, and the younger generation as they fight the warriors and vicious creatures stalking the villagers of Ukkiville in the nearby forests, lakes, and mountains before the turn of the next century.

Read more to get a taste of what's to come in, "The New World: A Step Backward."

In 2075, following the World Annihilation Period and Earth's 50-year transformation, the detested Skalag clan periodically pillages Ukkiville to murder and enslave its inhabitants. Dangers intensify as vicious, mutant beasts lurk in the shadows, preying on villagers. At the heart of this evil, the twisted scientist, Zolokt, creates killer combinations of animals, plants, and insects to inflict his acts of revenge.

Infuriated by the savage attacks, a young leader, Thoruk, and his two lifelong friends pledge their lives to protect Ukkiville. The determined ruler aims to forever put an end to Zolokt and his followers, for only then will true freedom reign in The New World. 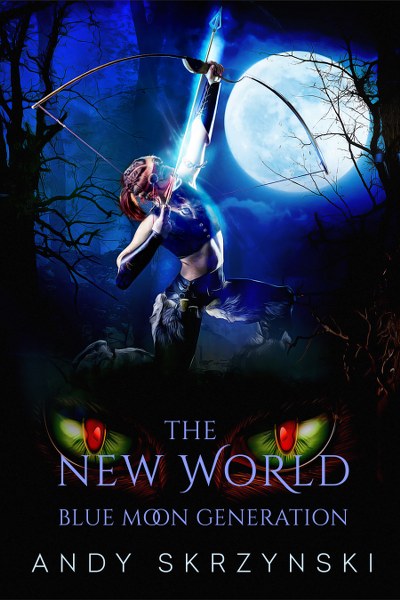 Many peaceful years have passed since the devastating battle of 2075. The new generation, conceived under a mystical blue moon, is about to awaken to the vicious attacks unveiled through their parents' tales. Once, living only in youngsters' nightmares, ferocious mutant beasts now stir in the shadows of Ukkiville — even during the light of day. Blood-thirsty predators with glowing eyes, gnashing teeth, and razor-sharp claws prey on unsuspecting victims.

Caru, the brave but brash young daughter of Ukkiville's ruler, fears nothing. Trained by the best and possessing powers of the mind greater than her father's, she leads her two lifelong friends into the teeth of intensifying perils.

Meanwhile, in enemy caverns on the other side of the mountains, descendants of the evil Zolokt prepare as well, cloning savage creatures from DNA combinations of animals, insects, and plants. Only time will tell how many of the deadly muclones get released. 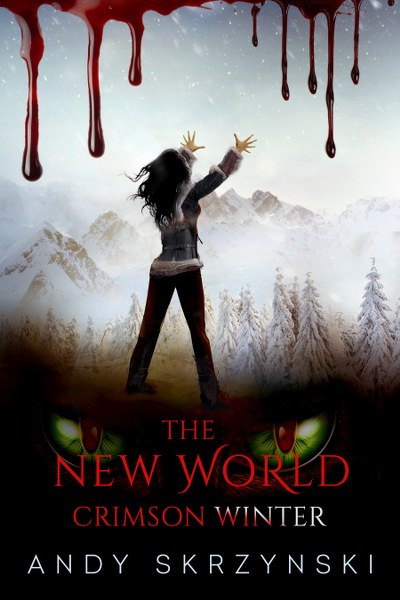 On the verge of winter in 2105, a vicious attack soaks a pasture with blood and crushes Ukkiville's serenity. Ominous premonitions haunt Hoot while similar dangers surge across Old North America. Tormented by nightmares, the courageous young warrior recruits her friends to join her and hunt the demon of her dreams. Before long, they encounter a beast far more ferocious than any discovered before.

Suspicions fall squarely on the village's nemesis, as Hoot and the leaders of Ukkiville fear Zo and his Skalags have advanced their DNA process to create monsters nobody can control. With little choice but to ready themselves to thwart increasing slaughters, Hoot, her brother, Skeeter, and a precocious android named Andralec hone their skills and special powers. Until the inhabitants of Ukkiville and the surrounding territory halt this growing threat, survival remains all but uncertain. 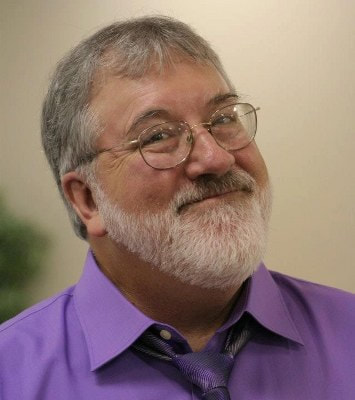 While writing The New World trilogy proved to be one of the most exciting challenges of my life, if anyone had told me six years ago I'd be writing science fiction action-adventure novels, I would have declared them bonkers! For most of my life, I had been an engineering and programming nerd whose main reading materials included technical scientific articles and books with little time to read novels of any sort of fiction.

The few dreams I experienced during my lengthy career as a Sr. Software Development Manager at IBM mostly focused on conjuring solutions to tough technical issues at work. Never did sleep delve into imagining some fictional adventure. But that all changed after I retired from IBM in March of 2007 at age 53 with 30 rewarding years of service. The extra time on my hands provided plenty of hours to devote to more creative endeavors.

My initial attempt at writing capitalized on my 30 years of investing in all sorts of financial assets. I wanted to share my knowledge with our children to aid their financial planning. After completing more than 400 pages of the manuscript, I joined a writers' group. The members liked the technical content but advised me to liven it up to make in more attractive for my younger target audience of high school and collage graduates getting a start on life. I came up with an fictional world and a couple of quirky characters to weave into my investing lessons.

The members loved the improvements, but an unexpected problem bared itself: my brain refused to churn out nightly ideas about investments. Instead, my dreams gushed with captivating characters and an intriguing new world with plenty of vicious beasts lurking in the shadows of my mind. I had no choice but to follow the fate which unfolded night after night, providing oodles of exciting material to more than fulfill any writing desires. I provided my financial manuscript to my daughters, and from that exhilarating change of direction in 2014, I've been creating a fascinating new world at the turn of the next century!