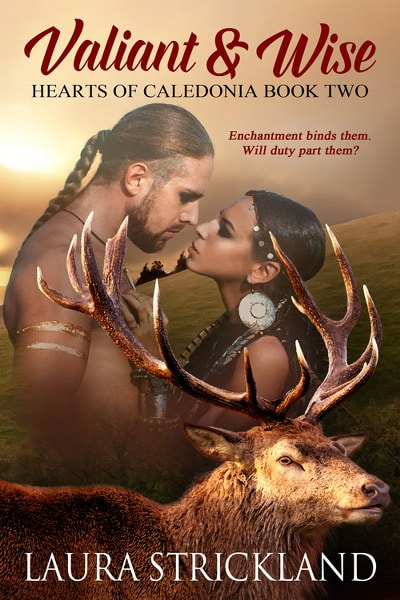 Enchantment binds them. Will duty part them?

Wick map Radoc has lost his direction. Following the death of his parents in a brutal raid, the Caledonian tribesman surrenders his place as chief and flees to the Scottish countryside. Tracked through snow by a band of enemy Gaels, he escapes by way of an unexpected transformation and stumbles upon a neighboring tribe, the Caerena. Is it chance, or has he been led there?
Verica, widow of the Caerena’s slain war chief, has lost her faith. Leading her tribe by raw grit and sheer determination, she awaits a miracle. When Wick arrives cloaked in enchantment, she hopes she’s found the help she so desperately needs. Yet Wick doubts his own courage, and Verica has sworn she will never love again.
Verica and Wick could restore one another’s belief… Together, will they discover the true strength of a Caledonian heart? 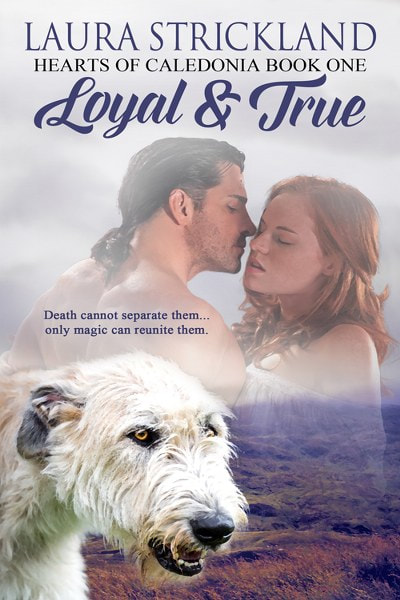 In defiance of her father, Caledonian tribeswoman Barta leads a daring raid against invading enemy warriors. But the fight goes badly, and her beloved war hound, Loyal, is killed. Unable to imagine existing without her dearest companion, she nevertheless must return home and accept blame for her terrible blunder.

For the first time in his life, Loyal is unable to rise and follow his mistress. When he appeals to the Goddess for mercy, she grants him leave to return on one condition: it must be in the form of a man. And only if Barta recognizes him for who he truly is will he be permitted to stay.

Loyal never suspects that, as a man, his connection with Barta will deepen, becoming passionate enough to transcend nearly any change. Will Barta recognize him before he’s lost to her forever? 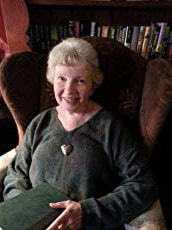 Multi-published and multi-award winning author, Laura Strickland writes stories that span several Romance genres. Her Scottish Romances have been compared to Diana Gabaldon's Outlander and her American Historicals echo the work of authors such as Susan Wiggs and Kristin Hannah. Her award-winning Buffalo Steampunk series has broken new ground both for its setting and its portrayal of automaton characters pursuing their rights. Currently, she is at home in Western New York and at work on her next book. 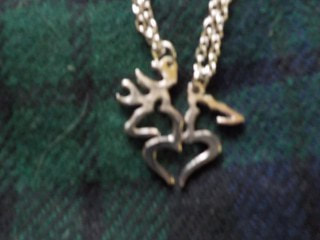